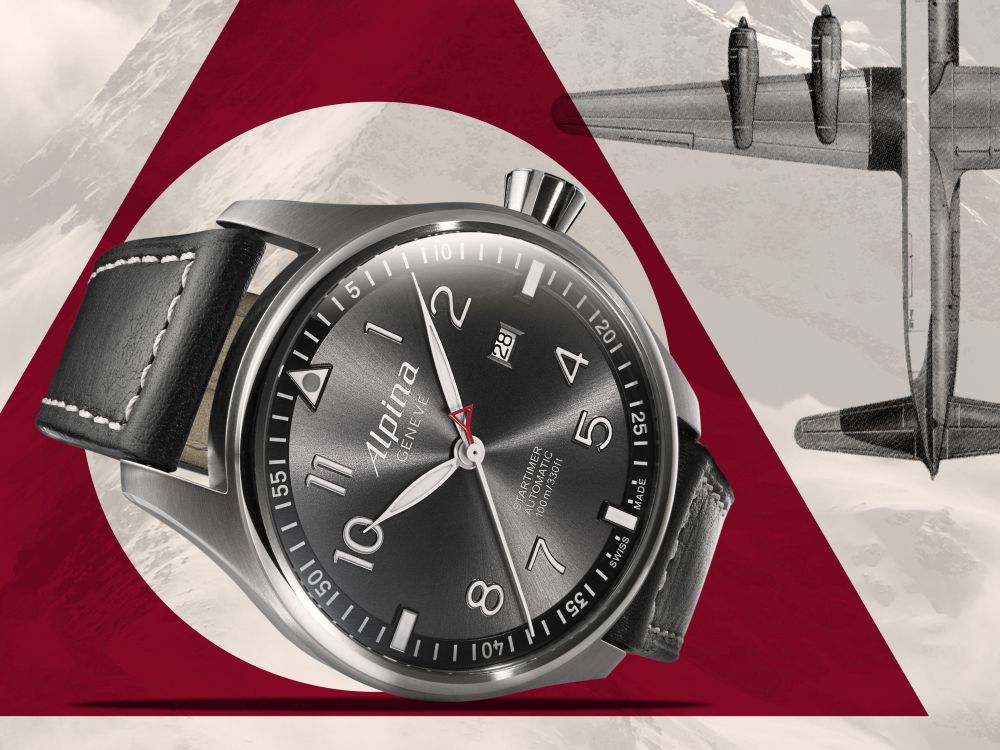 SIHH is becoming a cloudy memory, but just in time there’s yet another Swiss watch show right around the corner that goes by the name of “Basel World” – perhaps you’ve heard of it? While there will be plenty of big reveals done during the show itself, we’re starting to get word of some of the new models ahead of time. One that’s grabbed our attention early on, is this new Alpina Startimer that’s going by the name, Sunstar.

Now, if you’re familiar with Alpina, you know that they’ve got quite the range of aviation watches, stemming from the fact that they supplied watches to military aviators in the first half of the twentieth century. That means it’s not much of a leap for them to come up with a new model. While I’m not deeply familiar with others in the Startimer line, I do know that the Sunstar is a sharp-looking piece. 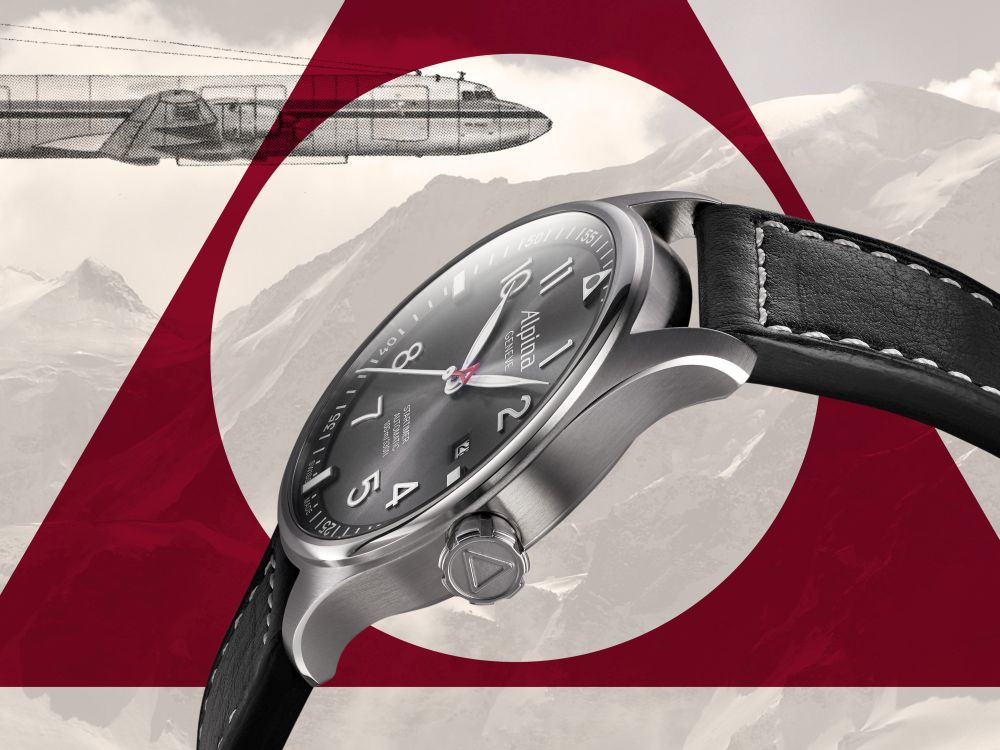 As is befitting for an aviator watch, the 44mm case is treated to a satin finish (the better to reduce reflections) and is topped with an AR-coated sapphire crystal. Under that crystal is where this watch gets its name – the grey dial with it’s sunray finish. When done properly, a sunray dial can be a sublime way to add subtle texture to a watch. You are also going to love the raised hour markers. And, when it comes to pilot watches, that’s a welcome bit of detail, breaking up the sometimes monotonous look we get from flat black dials.

On top of that dial you’ve got what’s probably my favorite bit of the watch – a whole lot of applied bits and pieces. The minute ring is applied on top (along with it’s indices), as are the large lume-filled numerals. This gives some lovely dimension to the dial, meaning that light is going to play along the face of this watch in some interesting ways. 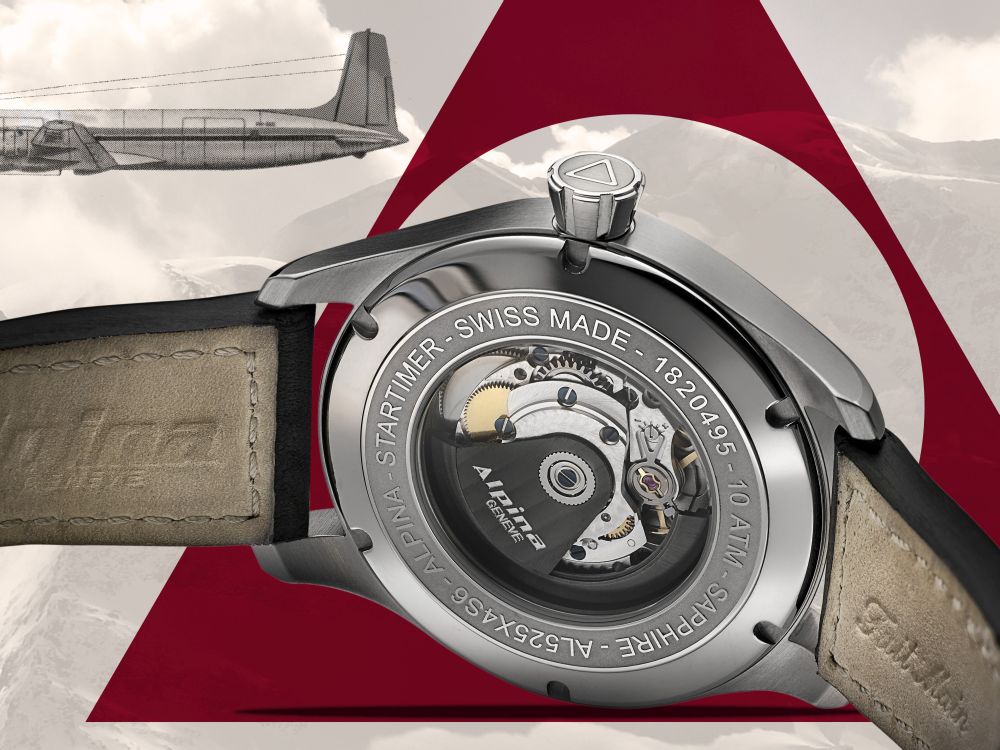 Topping it all, you’ve got a handset that’s evocative of the blades of a plane’s propellers (you know, in case you forget the inspiration for the watch). This is also where the signature red triangle makes its appearance. Rather than popping in up at the 12 o’clock orientation mark (as you might expect), it instead attaches itself to the second hand. Perhaps not a prominent placement, but I’m OK with that.

Each share the same general dial features and case design, aside from the colour options.The case of these watches has stayed more or less the same in previous Startimer Pilot Automatics. Having a simple and sturdy design, the watches come equipped with an oversized crown typical of today’s pilot watch designs, while the good caseback features an engraved Alpina logo. Depending on the color option, every watch will come on either a dark, dark blue, or brown leather strap.On the dial, the watches have an outer second track with the brand’s hallmark red triangle in the 12 o’clock position, along with applied Arabic numerals broken up with rectangular markers at each of the quarter hours. The hour and minute hands possess a distinctive, curved design to them, although the easy reddish seconds counter again features the brands logo as its counterweight. There is a subtle, integrated date window at the 3 o’clock position that is hardly noticeable upon first glance — a helpful feature that helps keep the aesthetic focus on the rest of the dial.Alpina Startimer Pilot Automatic – whitened dialPowering the watch will be the automated caliber AL-525, based on the Sellita SW 200 because its foundation movement. The Alpina-finished caliber has an approximately 38-hour power reserve, typical of pilot watches in this price segment.Perhaps most notably: Alpina has made it clear that none of those prices on some of the new versions will surpass 900 euros, or about $975. Over the last several years, Alpina — combined with its sister brand Frédérique Continuous — has come to be well known for its comparatively accessibly priced watches, and these brand new timepieces seem to be continuing this trend. This statement in pricing comes on the heels of the previous iteration of this Startimer Pilot Automatic, where the pricing set by the brand typically hovered about $1,500. 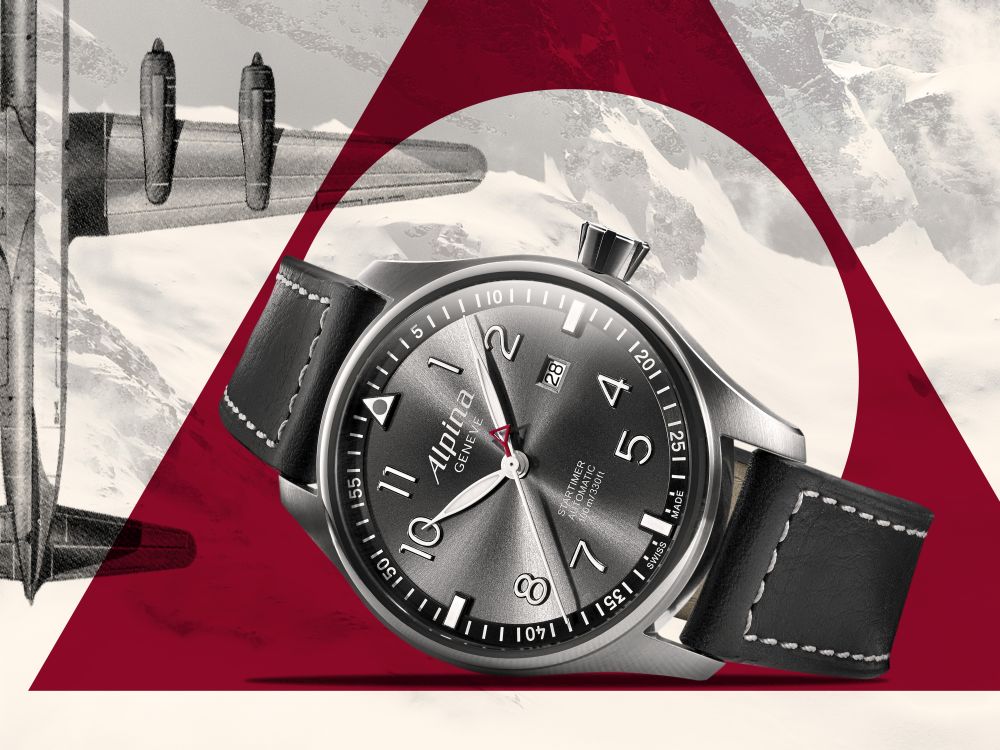 That little touch of red gives a splash of color to what might otherwise be considered a bit of a monochromatic watch, given the black strap, grey dial, and satin finishing to the case. While I realize that it might not be everyone’s cup of tea, I personally rather quite like the look. It doesn’t hurt that it’s all done in the name of reducing glare, which is what you’d look for in a pilot watch – assuming you’re flying a plane. Even if you’re not, this is still quite a nice watch to sport around town. Coming in at a price of $1,495, you’ll have a watch that’s ready to fly off into the sunset, even if you aren’t.   alpina-watches.com